A Guilty Gear Sol Badguy Figure Can’t Get Better Than This!

A Guilty Gear Sol Badguy figure like this is a Guilty Gear fans dream. Sol Badguy is a 1/8 scale figure made by Embrace Japan. His pose is a little basic however, that’s okay. Where he shines the most, is the amount of detail on him, it’s insane. Maybe a pose with more action would take away from how well you can appreciate the detail on this figure. He looks like he came straight out of the game.

This figure includes Sol Badguy himself, a plastic peg piece to hold up his hair, his weapon, and his base. His weapon looks like a giant lighter!

What is Guilty Gear?

Firstly, Guilty Gear is a combo heavy fighting game with a stylish anime look. It has a big roster of interesting characters, a lot of depth to the combat, and a cool story mode. While I wasn’t that big on fighting games in the past, the look of games like this and BlazBlue really got me into them! Check out the newest Guilty Gear game right here! 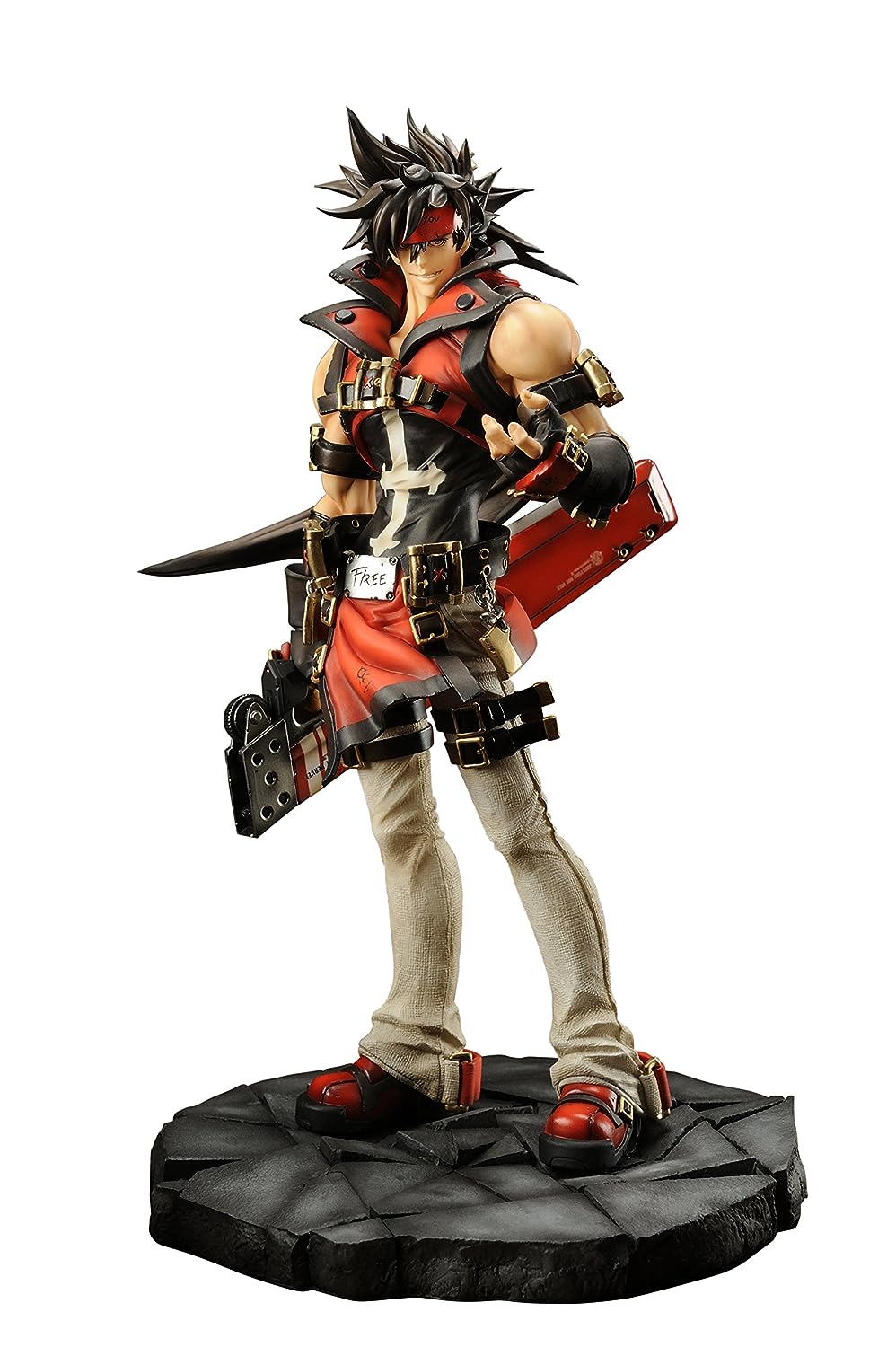 I love that he looks just like he does in the game. He has that anime style to him especially in the face, it looks great. The sculpt definitely does the character design justice. I love all of the detail on him. All of the belts and folds look awesome. His hair is super spiky and cool. The golden belt buckles have a nice shininess to them. His base is tiled too and it looks like he is part of an environment. Big fan of that.

Finally, the only small thing I can even complain about for this guy is the thin plastic piece you can use to hold up his hair. I prefer something that is more in tune with the character. You know something that lets him blend into the environment. This is because I like when figures come to life even just a little. Although that peg is slightly… jarring, you don’t have to use it!

Should I really get a Guilty Gear Sol Badguy figure?

One hundred percent yes! He is one of the highest quality figures I’ve seen even from Guilty Gear which already has great figures. You can tell that they put a lot of love into making this figure.

Overall, amazing figure. As far as Guilty Gear figurines go, the quality here does not let down. Guilty Gear fans, this is a must buy.