Vegeta is the great Prince of Saiyans. Isn’t he an awesome character? No? Well, I’ll admit he starts off over confident, arrogant, and full of pride. Although he does retain a bit of those traits, he shows such great character progression throughout the series. Vegeta becomes the hero you want on your side. He’s actually my favorite character! So, of course, I love Dragon Ball Z Vegeta toys.

His pride and determination to become better than Goku by saving people made him into a good guy. And I love that his need to surpass Goku in every way is what drives him. With such great pride, he was able to escape from Bibidi’s influence, at least somewhat. He won’t hesitate to show off his power which is something we love to see as fans. So today we’re going to look at Dragon Ball Z Toys Vegeta would love. And that’s because they are figures of Vegeta. What a narcissist!

Vegeta is always training and such strong will is inspiring. Even if he always seems to lag behind Goku just a bit. Vegeta’s theme song even has a haunting but, awesome vibe to it. It reminds me of the fact that Vegeta is truly one of the last of his race. He has to give everything he’s got to be the greatest saiyan. That is why I love him. And that’s why Vegeta is a great character to get figurines of!

In a hurry? They have all of the best Vegeta figures on Amazon. Click here!

Do you like higher quality action figures? Ones that can move into all sorts of poses? Vegeta themed ones? Let me ask you, does a machine like yourself ever experience fear? If yes, then these are just the Dragon Ball Z action figures Vegeta loves just for you. These are the S.H. Figuarts Tamashii Nations figures. That is a bit of a mouth full but, I assure you these are the best. Bandai toys are generally very well known for their quality as great action figures. Vegeta here is actually quite a popular guy in the west. Especially the Super Saiyan figure. He is my favorite DBZ character.

You can pose them in many ways because of how much articulation they have. It’s just so easy to put into any kind of stance you want. Very ideal for when you want to place Vegeta against an opponent in a fight scene. That is the best part of these figures. If you are looking to really be able to pose the figures. To put the action in action figures. You want these guys.

They come with many accessories usually interchangeable faces. These are for different facial expressions for whatever scene you want. Or they often come with more sets of hands so you can make him shoot that crazy fire ball or hold a clenched fist.

I highly recommend these DBZ Vegeta toys for the biggest fans looking to be able to pose him in the coolest of ways just like from the show. But, you may need to order them quick! They tend to sell out very quickly due to how popular they are. And the manufacturers usually do limited runs of each figure. That said, sometimes they make additional runs. 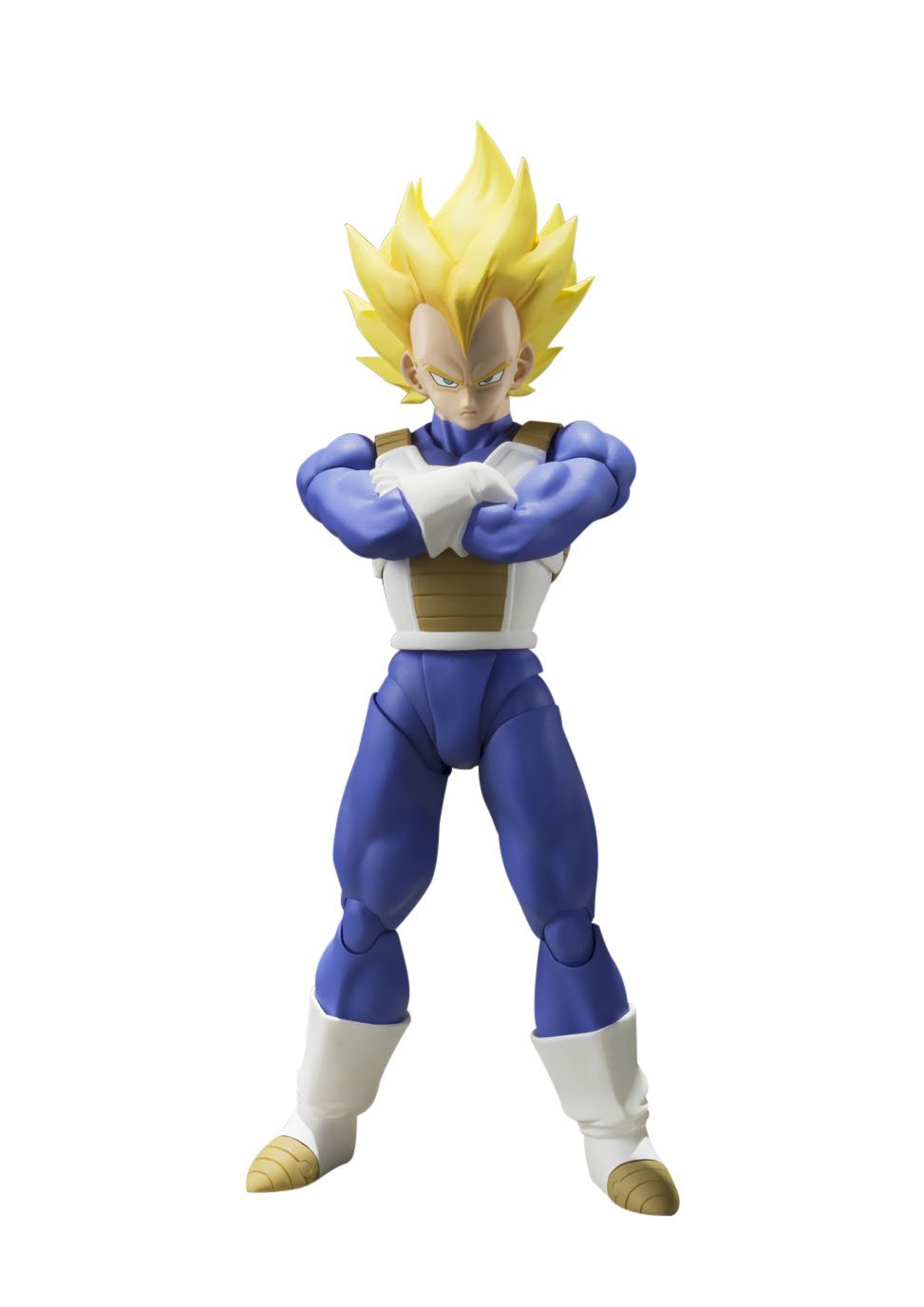 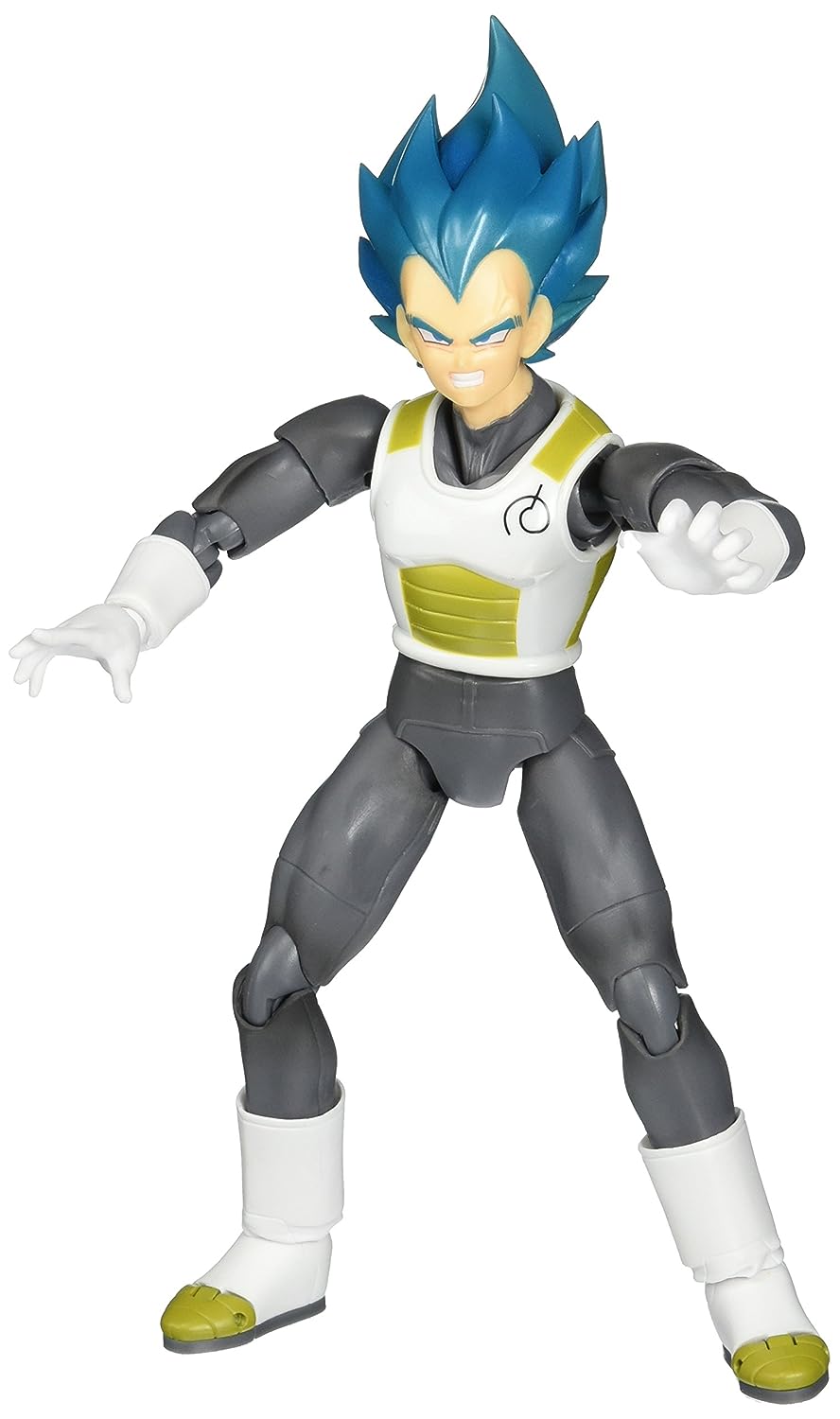 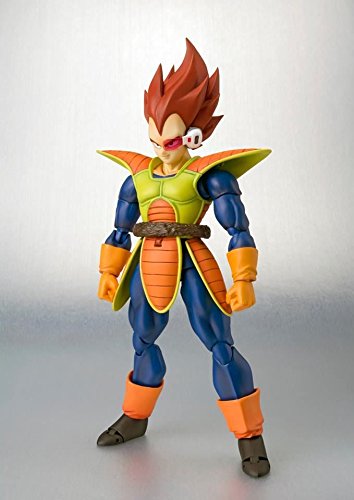 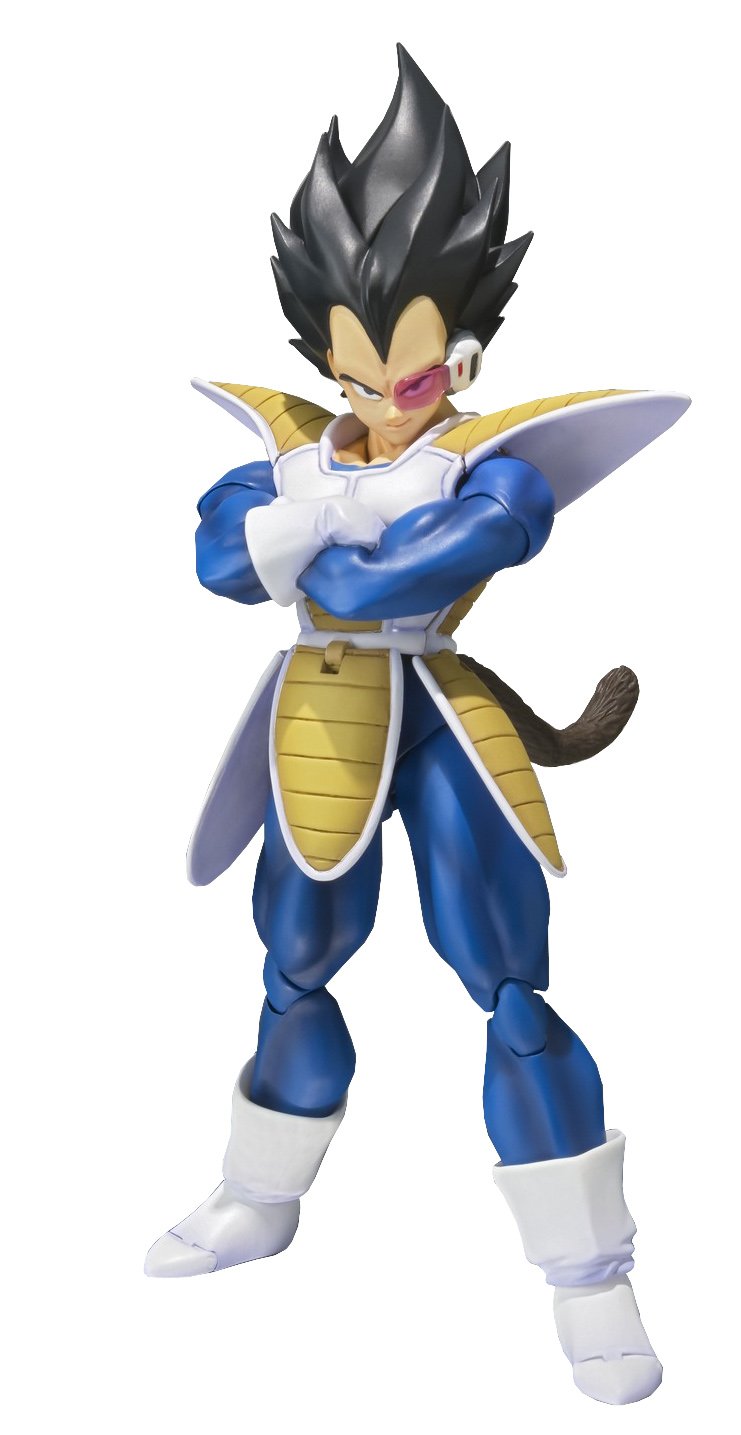 There are a lot more figures in the Tamashii Nations series than just Vegeta. I really like the new premium colors Cell figure from this line too!

Remember back when Vegeta used the Galick Gun attack vs Goku in the Saiyan Saga? Or how about when he used his Final Flash attack vs Cell? Quite a doozy if I may say so myself. These are awesome statues to remember your favorite Vegeta scenes from the series. They even carry over the same look of animation in each. Since the animation style and look of Vegeta has changed throughout the series just like his character.

Bandai makes awesome quality statues if you couldn’t tell by the looks of these. They are so cool. High quality with a great sculpt and excellent paint job. You won’t be able to find anything else like these guys. And while they aren’t Dragon Ball Z Vegeta action figures, the pay off is that statues can get better paint and detail.

The effects on the Bandai statues are spectacular. His Galick Gun attack looks kind of like crystals as it comes off of his hands. It has a nice purple color to it. I think it’s an interesting way to show off the effect of that attack. It really adds to the uniqueness of this figure in my opinion. Or how about the awesome charge up on the Final Flash attack. How the energy is swirling into the ball. I remember it took him a long time to charge up that attack. And the smoke around his feet. Really cool.

I also really like the coloring/paint on each of these figures. It reminds me of a comic book. There’s some nice roughed up marks on him because he has been in battle. And it just makes him look so nice. They are 100% collectors quality level of greatness for the biggest fans. 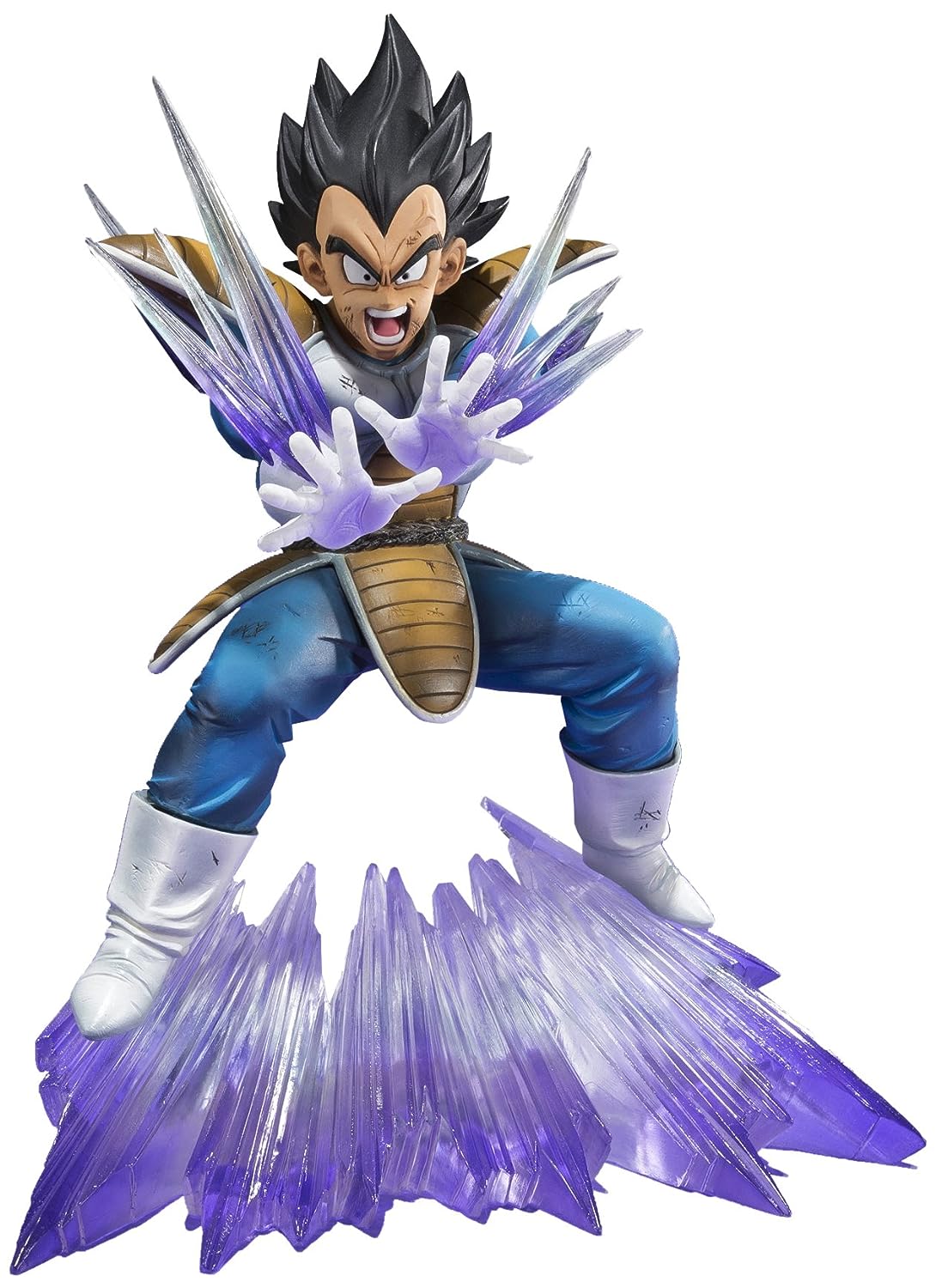 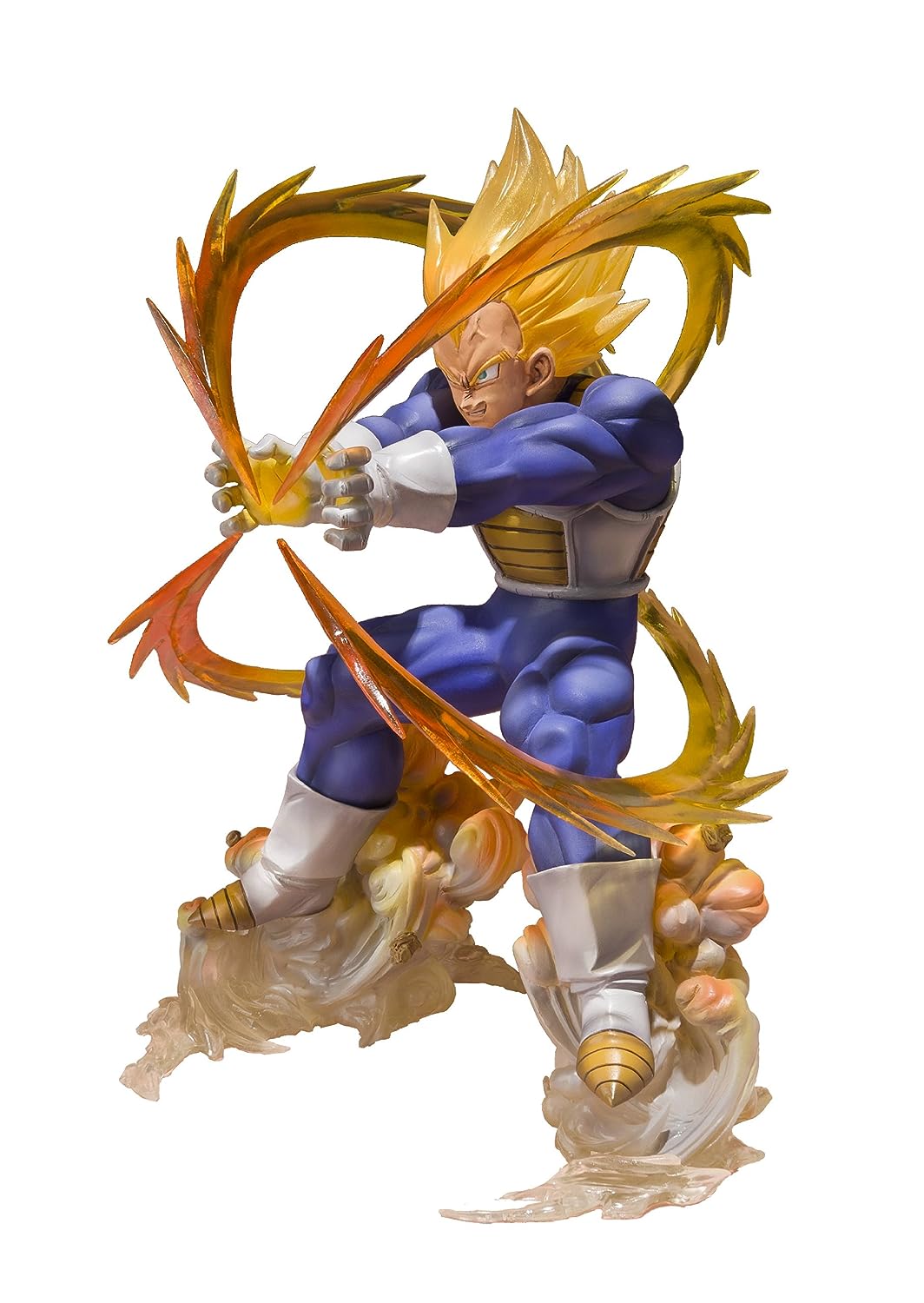 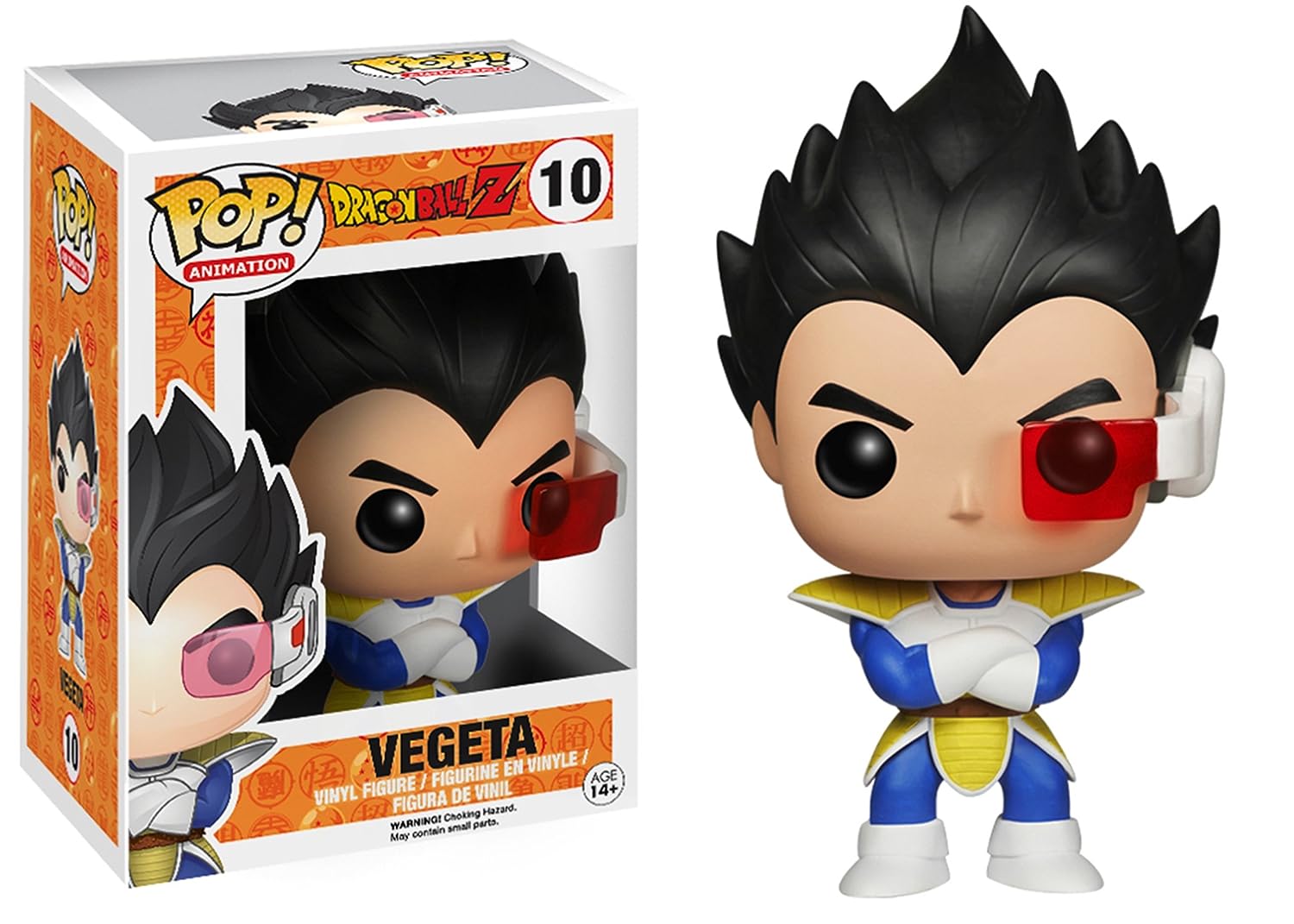 These little figures are so darn cute you can’t help but, to just want one. Even a powerful mighty saiyan like Vegeta becomes this cute little collectible feller.

Funko Pop figures are always super popular. They are truly terrific for collectors because of how much of a uniform look they all have. From DBZ to Batman to Starwars. There are so many figures in this series. They really do have em all folks. Just in DBZ there are a lot of figures to collect.

He has his classic scouter and saiyan tail from when he first came to Earth with Nappa. Reminds me of the good ol’ days of DBZ.

You can easily get to the point where you have a massive collection of these figures. They are priced so well it’s hard not to buy one. There are a lot of great deals on Dragon Ball Z figures too. 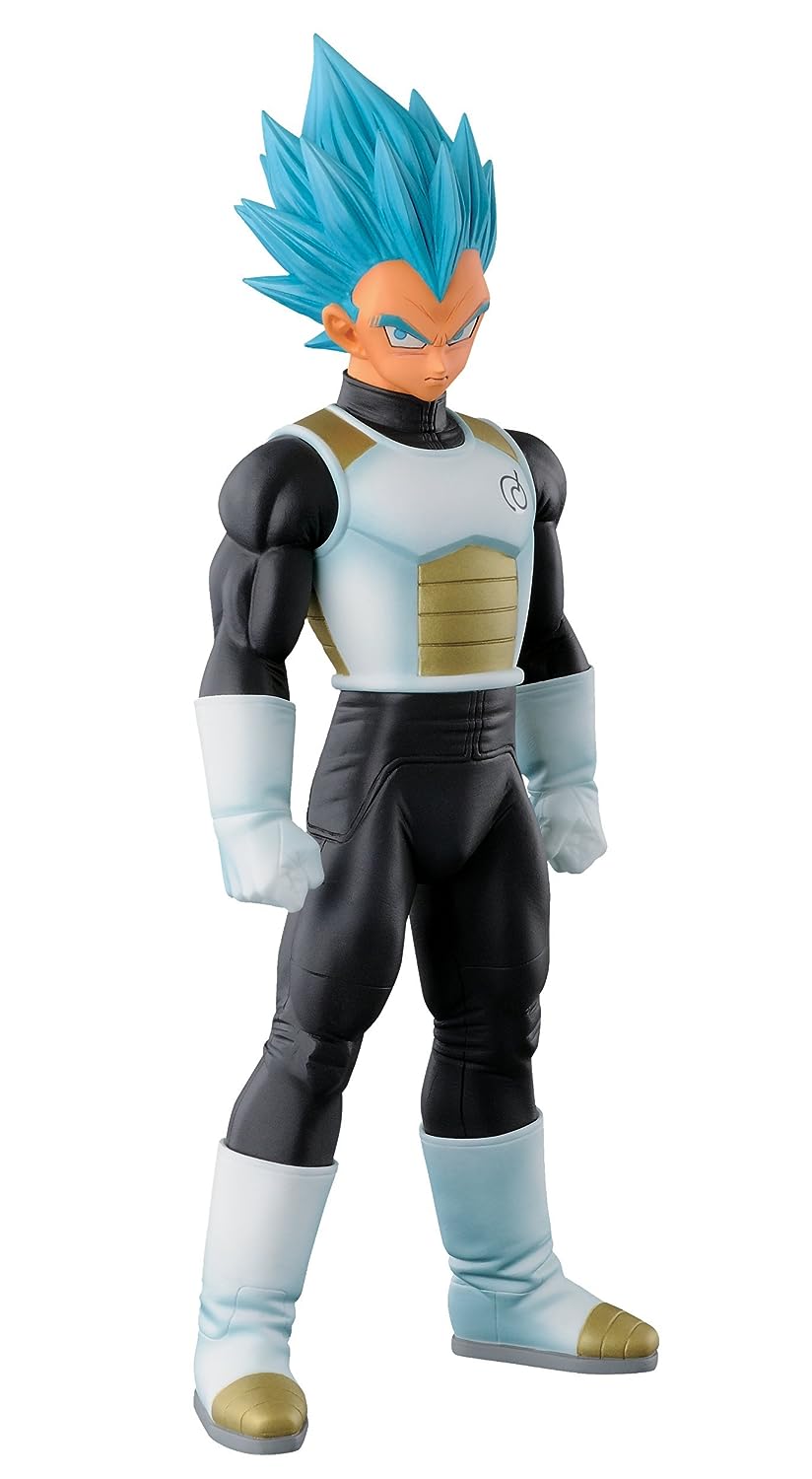 Banpresto makes great quality statues. Plain and simple. This Vegeta figure, in particular, has a good weight to it. It’s not made of the cheap stuff. Nothing but quality here. And he is quite large for a figure at 9 inches tall.

Can’t be disappointed with Vegeta. Of course, it’s the prince of Saiyans. I simply love this figure and how cool it looks. I’m really happy with the way the Super Saiyan Blue came out for him. His whole outfit. With the blue hair. So neat. The paint job and sculpt on these statues is going to come out a little bit nicer than on the Bandai action figures. That’s just the way it works with action figures vs. statues. Each has their pros and cons.

He is full of awesome details. Wonderful sculpt and perfect paint job. This DBZ Vegeta action figure is perfect for fans.

All Banpresto Vegetas on Amazon 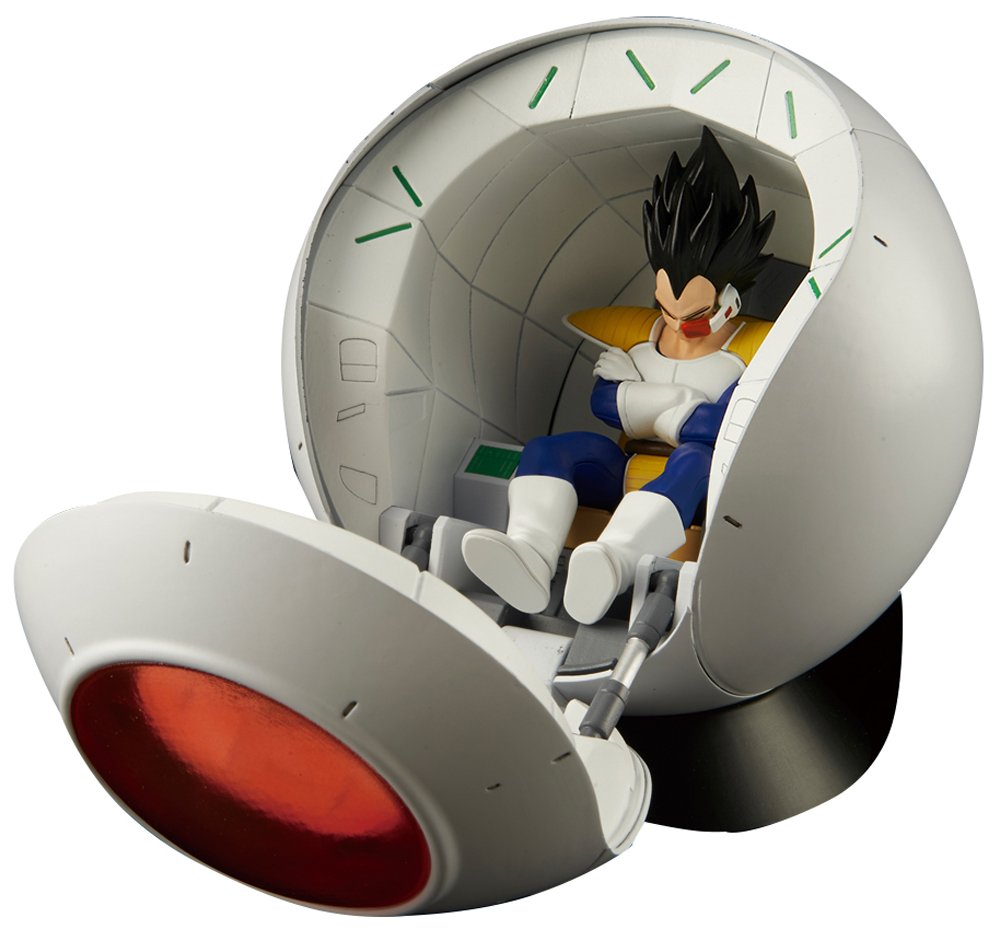 It’s so fun to put together. Although it’s pretty simple, this model kit toy is very fun.

I love having the space pod. It reminds me so much of the earlier episodes of DBZ. It’s pretty nice that the front window of the pod is a transparent red color. Just like from the show.

It comes with seated Vegeta figure. I would expect no less. He is sleeping though because there isn’t a whole lot else to do while traveling through space.

It’s simple to put together and very fun. No overly complex directions or anything. It all fits together very nicely.

The pod is also a great size. Perfect for display. It’s definitely worth the money. I can’t find any other space pods around so this is the perfect toy if you’re looking for that. A space pod makes for a great Dragon Ball Z Vegeta toy.