My list of the best World of Nintendo figures

It’s so hard to choose the best World of Nintendo figures. But today, we are going to narrow it down and take a look at Jakks Nintendo figures that truly stand out. I’ll start off with a really cool one.

This is a Metroid from the Metroid series. This series includes a lot of games but, two of my favorites are Super Metroid and Metroid Prime. Metroids are typically enemies in the games and the suck the life force out of their prey. You actually hunt these guys in the games. They are pretty spooky. 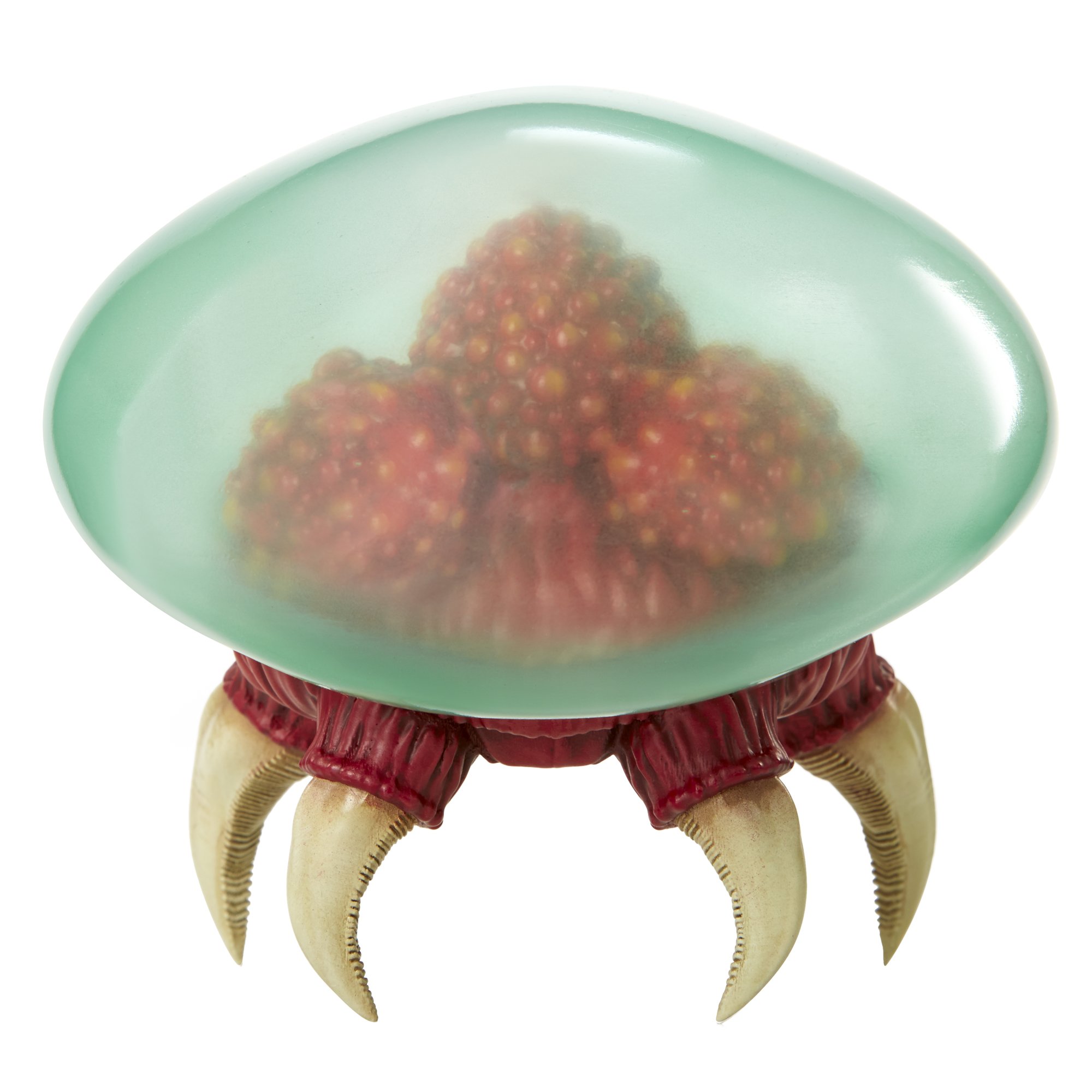 This one though, is really neat. The top is actually a little jelly like and soft. Just like in the games it protects the inner organs of the Metroid. The bottom is made of harder fang like things. It uses those to latch onto enemies. With this figure you can actually move the fangs around and latch it on to things. Super cool detail. It’s a really well done figure. I’m really impressed by it. You can’t quite find anything like this as far as other Nintendo figures go. It is also six inches tall so, it’s a decent sized figure.

Amiibos are another line of figures that were actually made by Nintendo and they don’t have a figure for a Metroid. If you are interested, I’ve written about Amiibos here.

What are Jakks World of Nintendo figures?

Before I continue on with my list, I want to talk a little bit about how much variety there is in the World of Nintendo figures. They have an RC Mario Kart car, 2.5″ figures, 4″ figures, 6″ figures, 1″ figure 3 packs, little scenery sets that come in 3 and 5 pieces, plush toys, plush toys that make sound, Mario kart figures, Mario Kart RC cars that can go up walls, a few Mario Kart race tracks, a foam master sword from Zelda, and an actual Mario Kart ride on vehicle. It’s a lot of stuff.

Not quite all of those are figures but, you can’t say they don’t have many options. These are Jakks Pacific Nintendo figures. Jakks Pacific is an action figure manufacturer. They make a bunch of good stuff. If you’ve seen those giant Ninja Turtle statues when you’re in Target like I have, they make those.

If you really like plush toys here are a few I like a lot. Sometimes you can find these guys for lower prices during a World of Nintendo figures sale. These are also made by Jakks Pacific.

Interested in plush toys that aren’t specific to World of Nintendo? Check out all of the Nintendo character plush toys here or have a look at the sets of Mario Luigi plush toys. 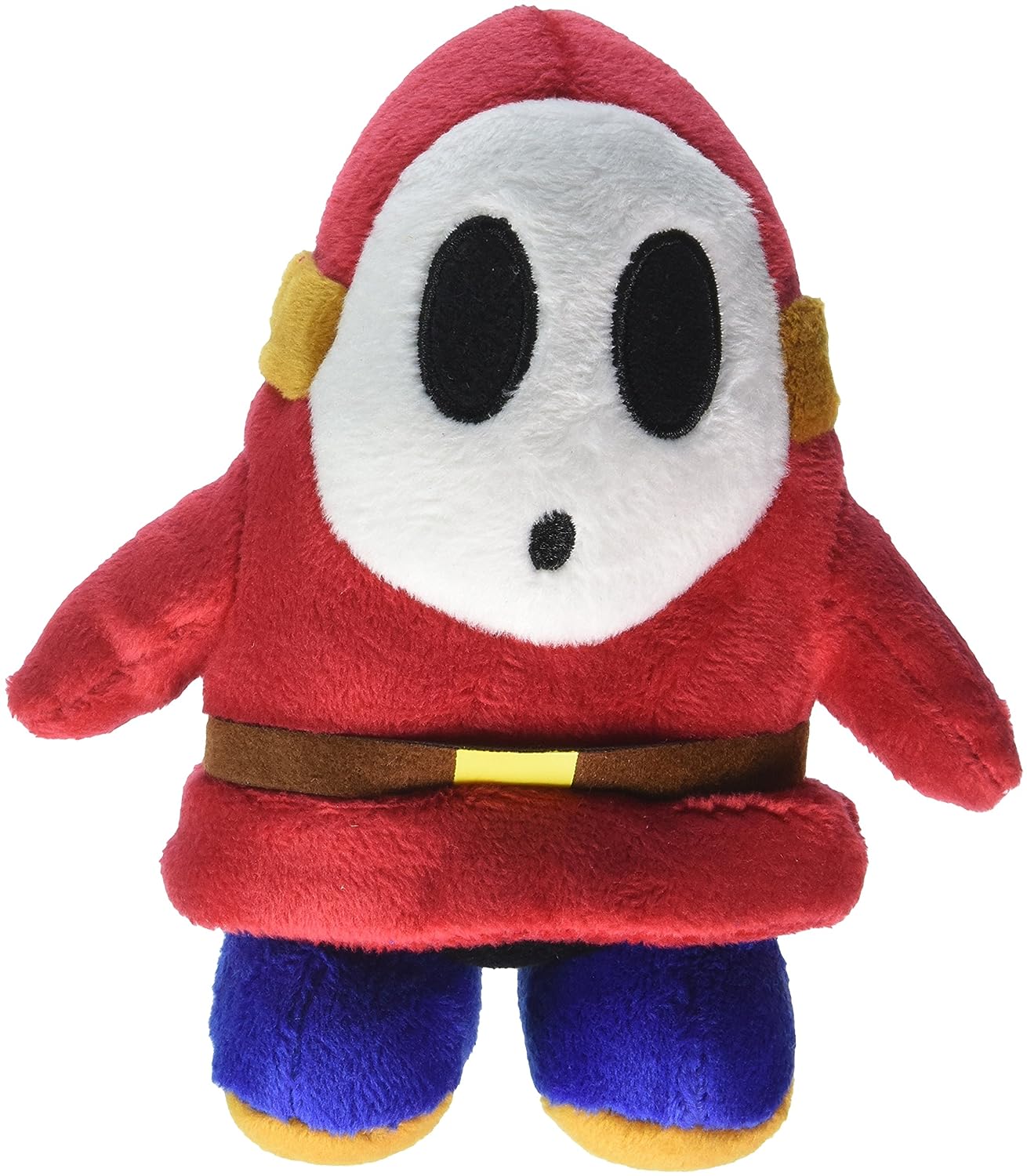 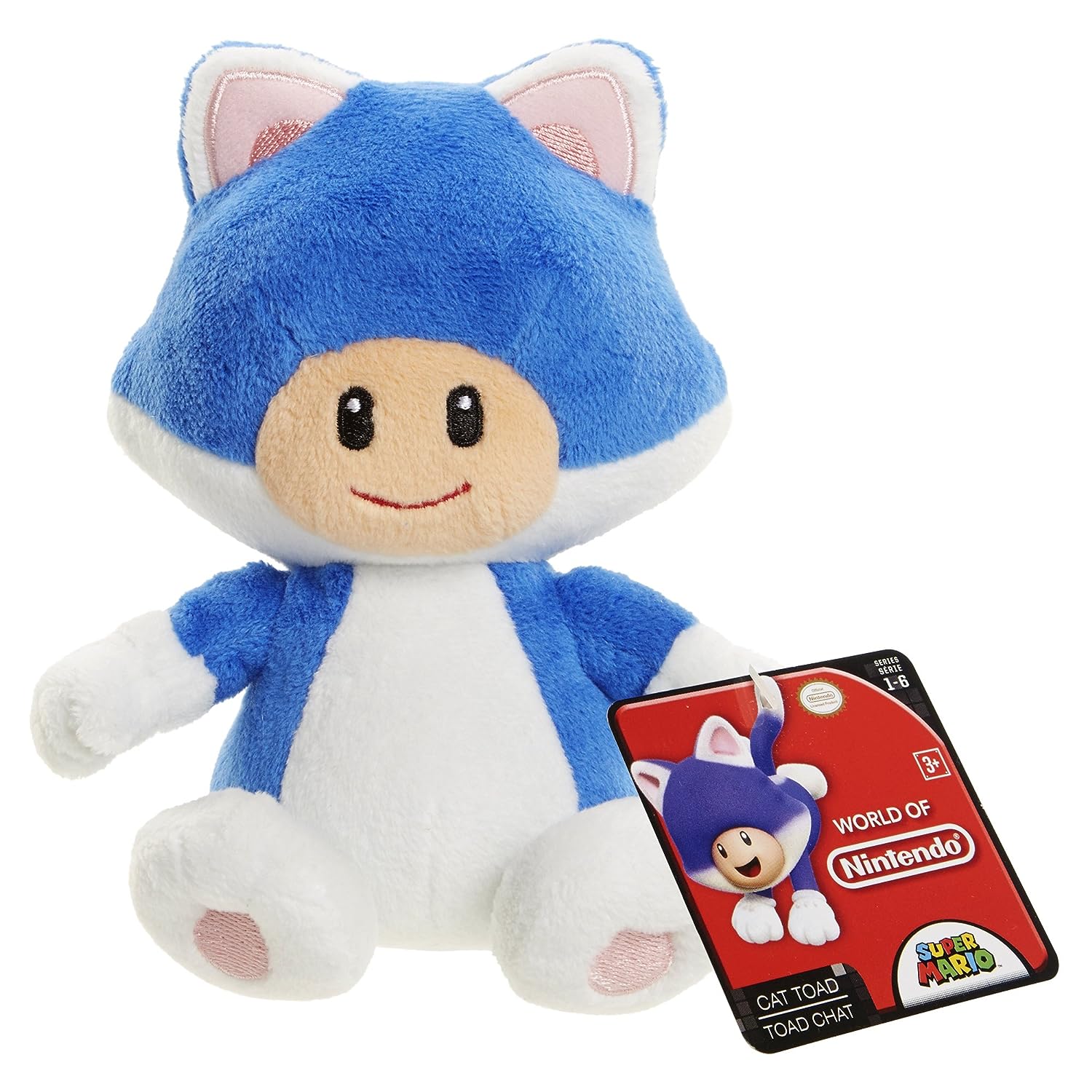 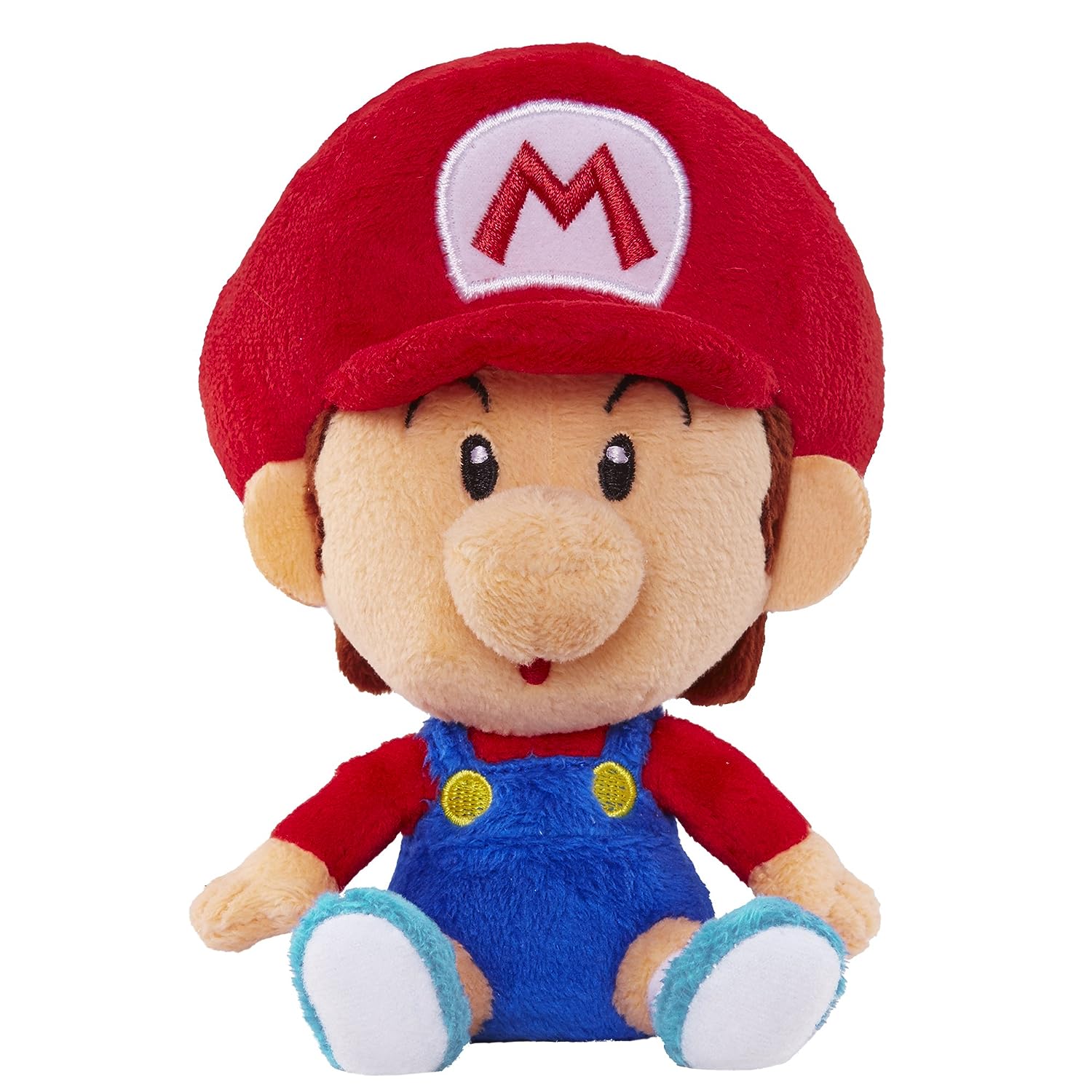 Continuing on with the legendary Ganon

Ganon is of course the evil villain from the Zelda series of games. He holds the tri-force of power and is truly a force to be reckoned with. This version of Ganon is from The Legend of Zelda: The Wind Waker. I really like his design from this game with all of the designs on his outfit. 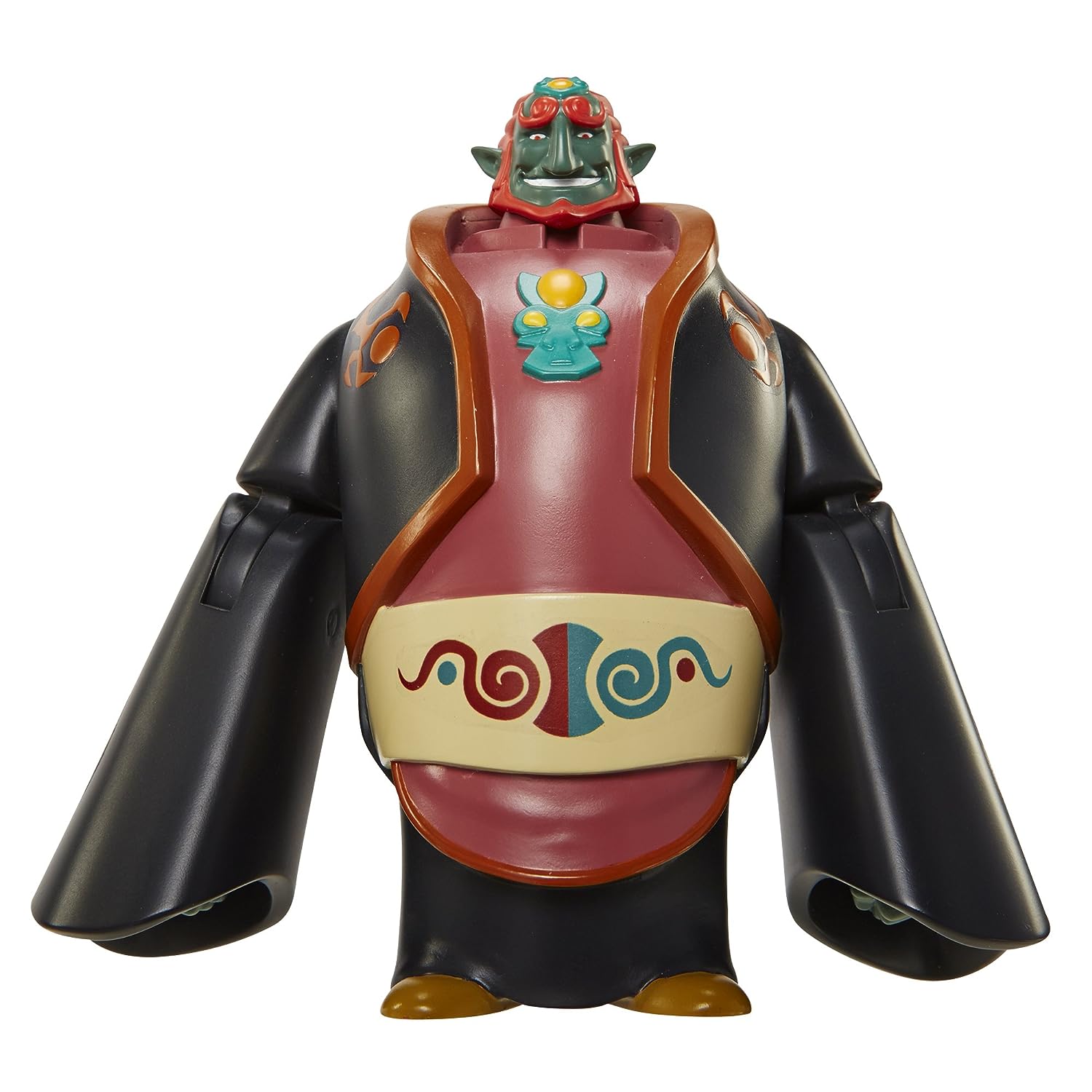 He is also well known as Ganondorf as he has a few different forms. Ganondorf is more human like where as his true form, Ganon, is more monster like and colossal. He is a great size standing at 6″ tall. You can move his arms all around with the ball joints that he has and you can move his arms with the joints at the elbows. His fists also can twist around.

I think Ganondorf is a super cool character and the Wind Waker version is also super neat.

Of course I can’t forget about Yoshi

Yoshi is an all around classic Nintendo character. I had to add him into my favorites from the World of Nintendo figures. Not only is the Yoshi figure cool because it’s Yoshi, a memorable Nintendo character, but, they have a lot of the different color variations. They have red, blue, light blue, green, pink, and black Yoshis. Having all of the colors looks great for any collection.

They have 2.5″ and 4″ versions but, the black Yoshi is only available in 2.5″. I myself prefer the 4″ versions. They have more movement available than the 2.5″ ones. In other words, you can pose them a lot easier. I hate when I have a figure in a goofy pose I can’t change. They also come with an egg that’s the same color as each Yoshi. Here are the 4″ versions available on Amazon. 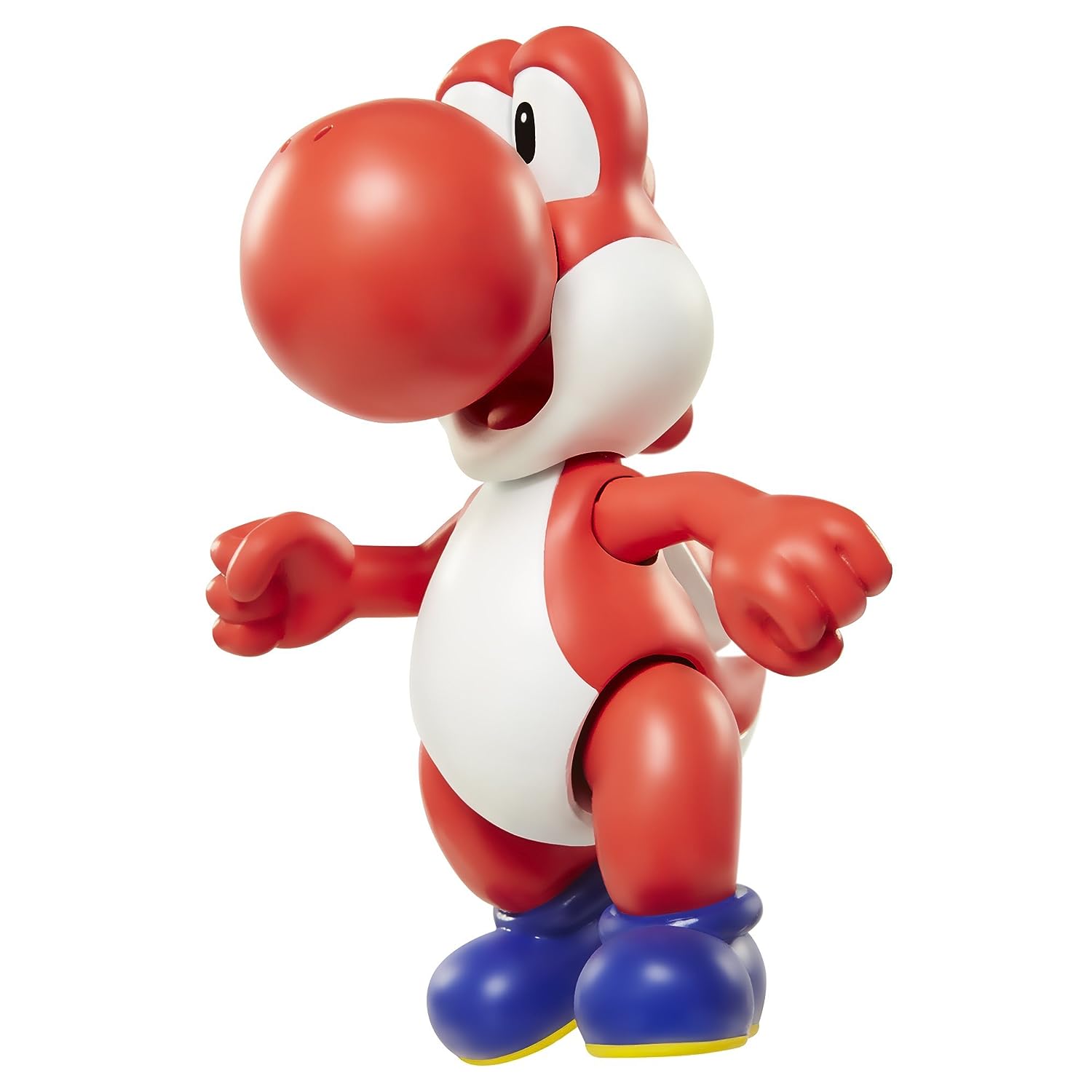 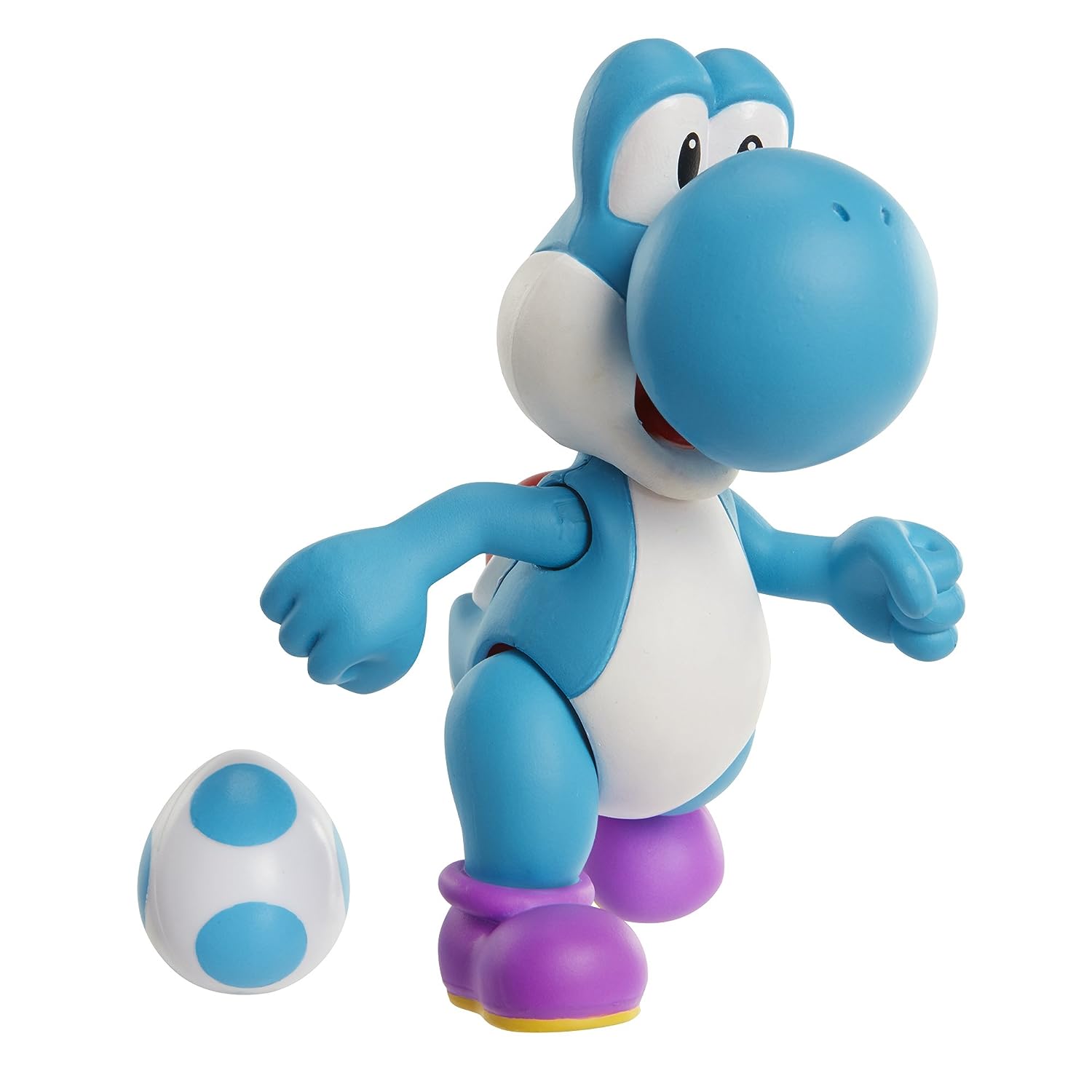 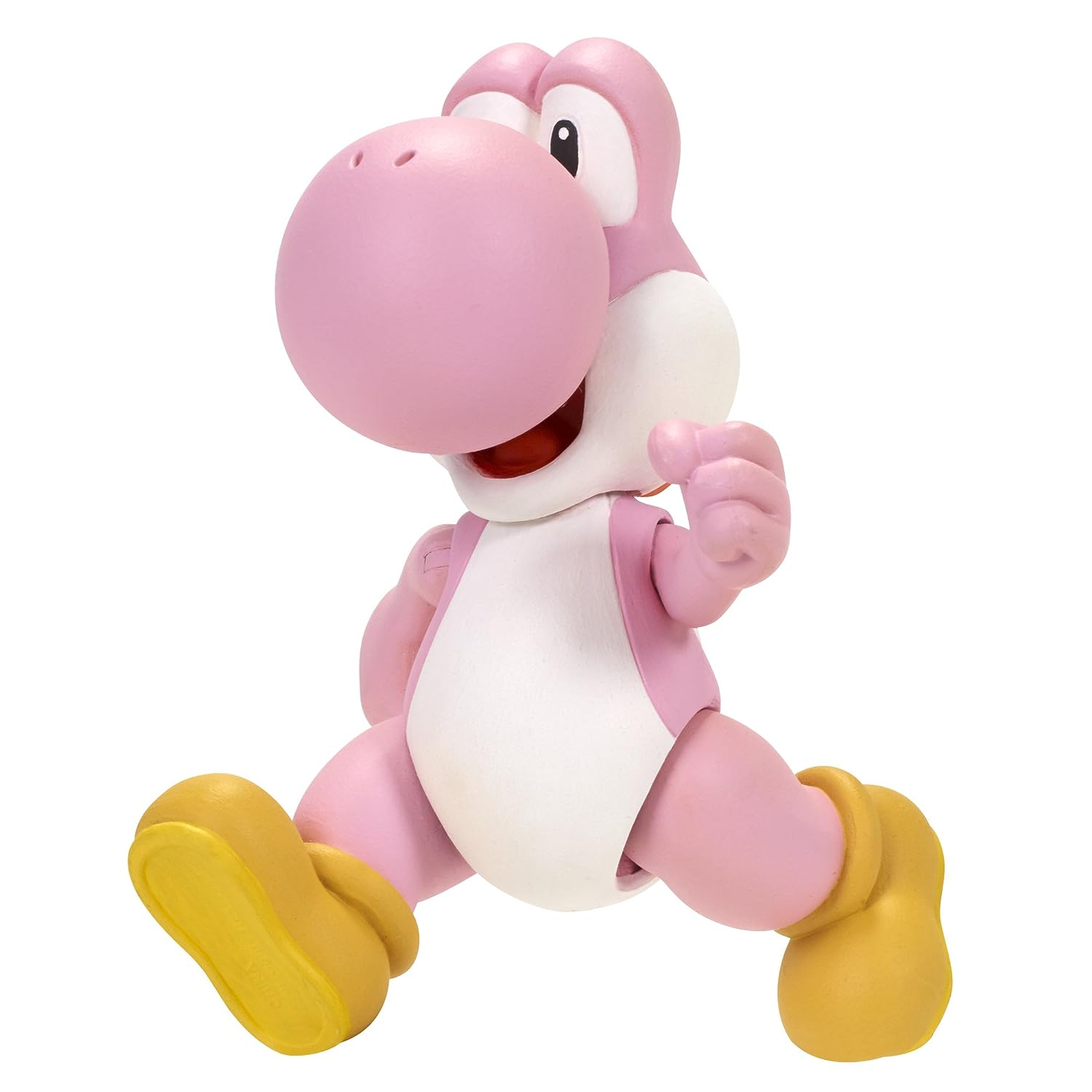 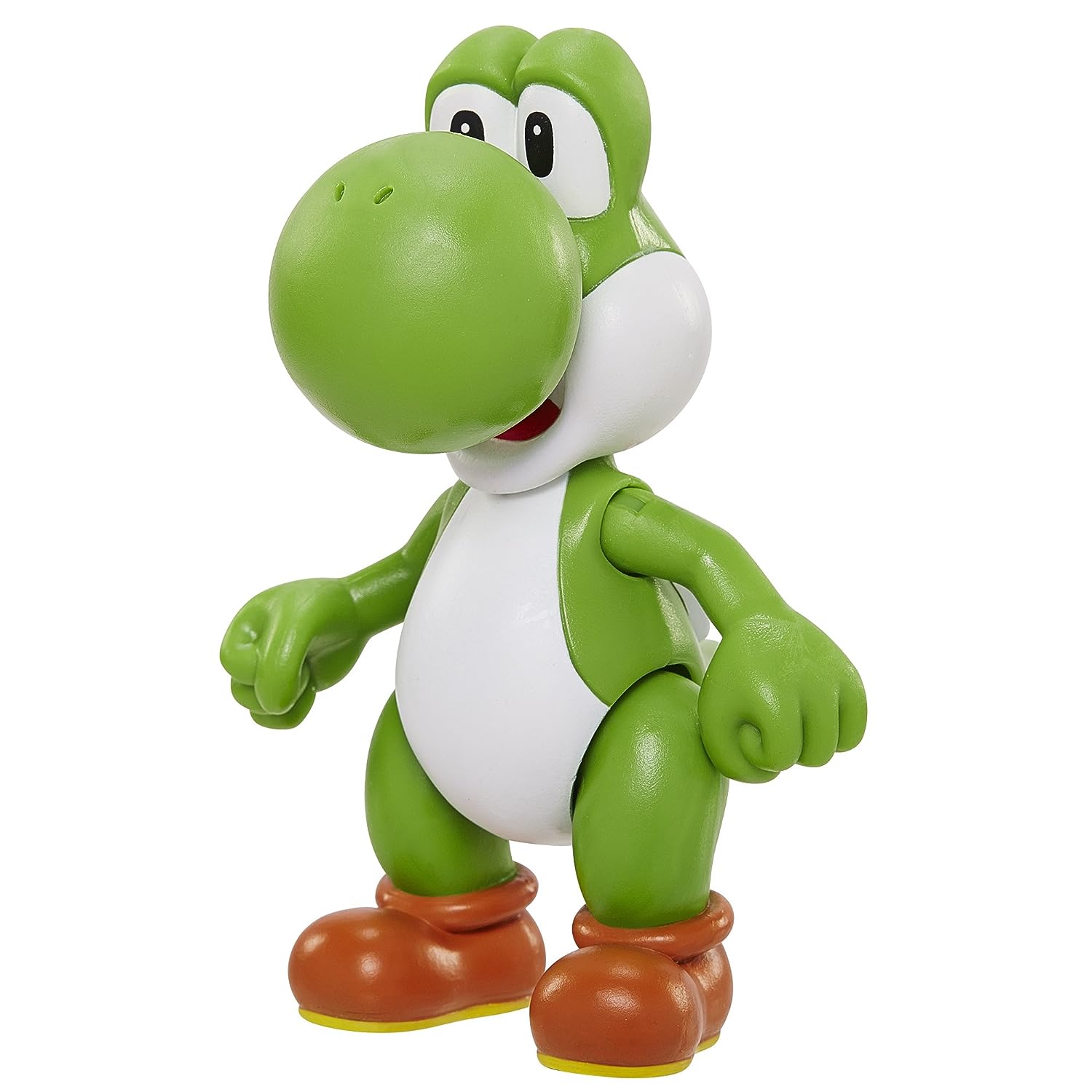 He is finally here, performing for you! He’s the first member of the DK crew. It’s Donkey Kong! Donkey Kong was originally an enemy for Mario but he has his own series of games that are really fun. He also appears in many other games like the Super Smash Brothers Series.

This is a wonderful Donkey Kong figure. He is 6″ tall which is a great size. He has plenty of points of articulation so posing him is really easy. Lot of great poses you can put him in as well. I think the model is great!

The World of Nintendo figures line also has many of Donkey Kong’s relatives. Donkey Kong and Diddy Kong (the first and third characters below here) are my favorites. Take a look! 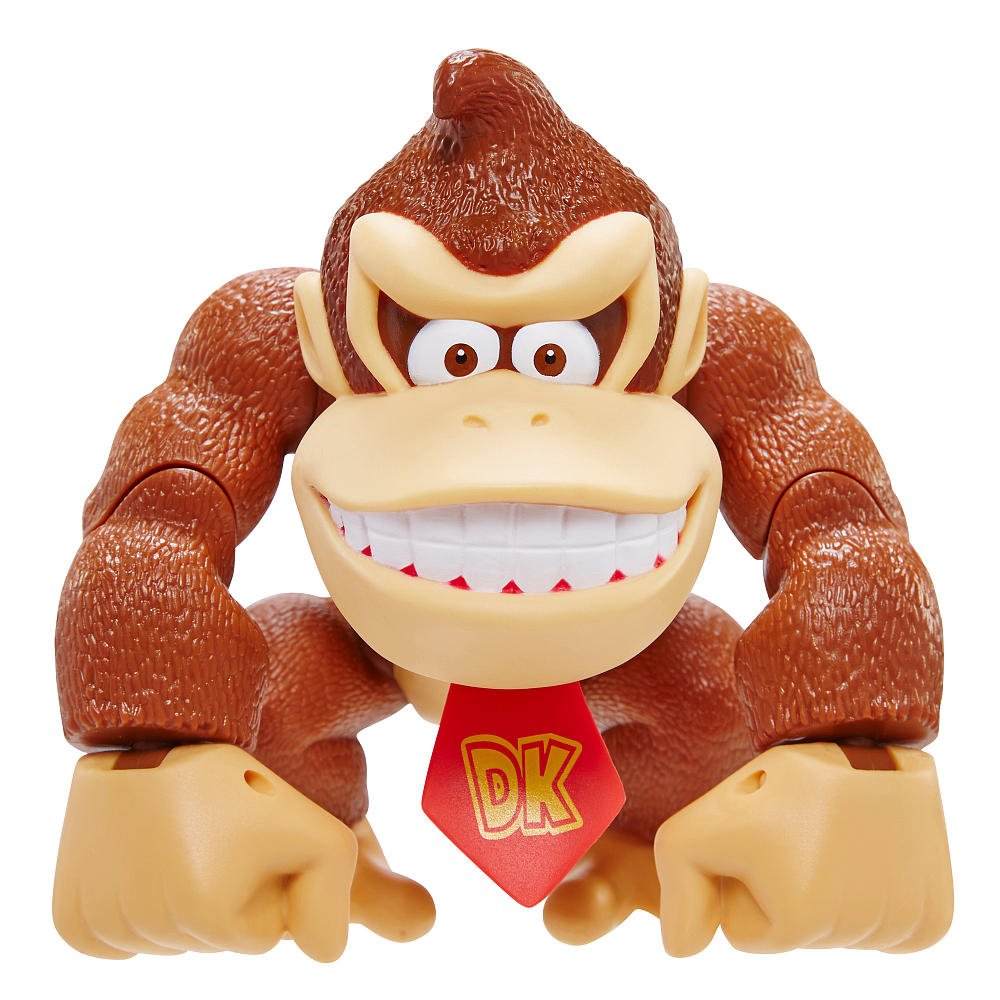 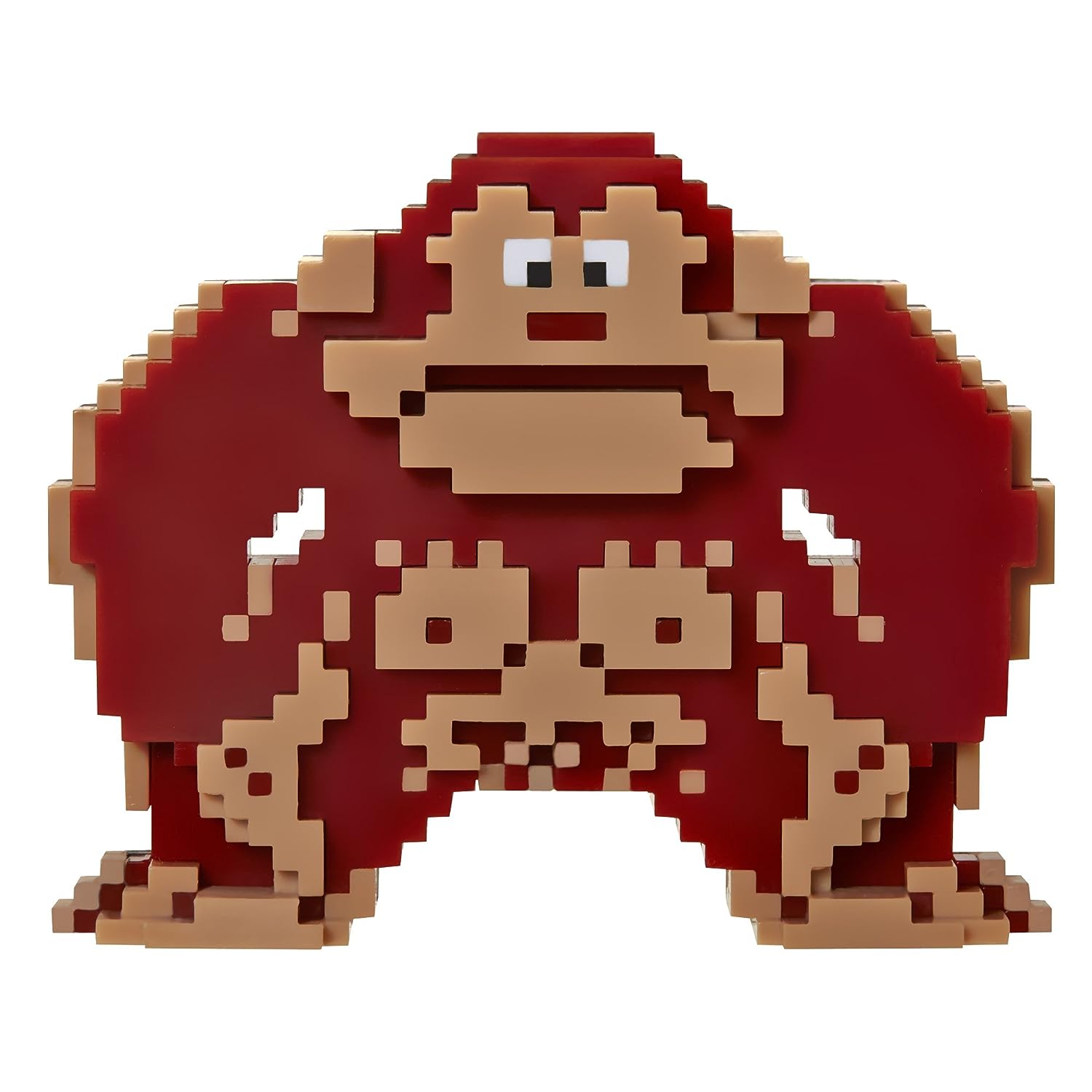 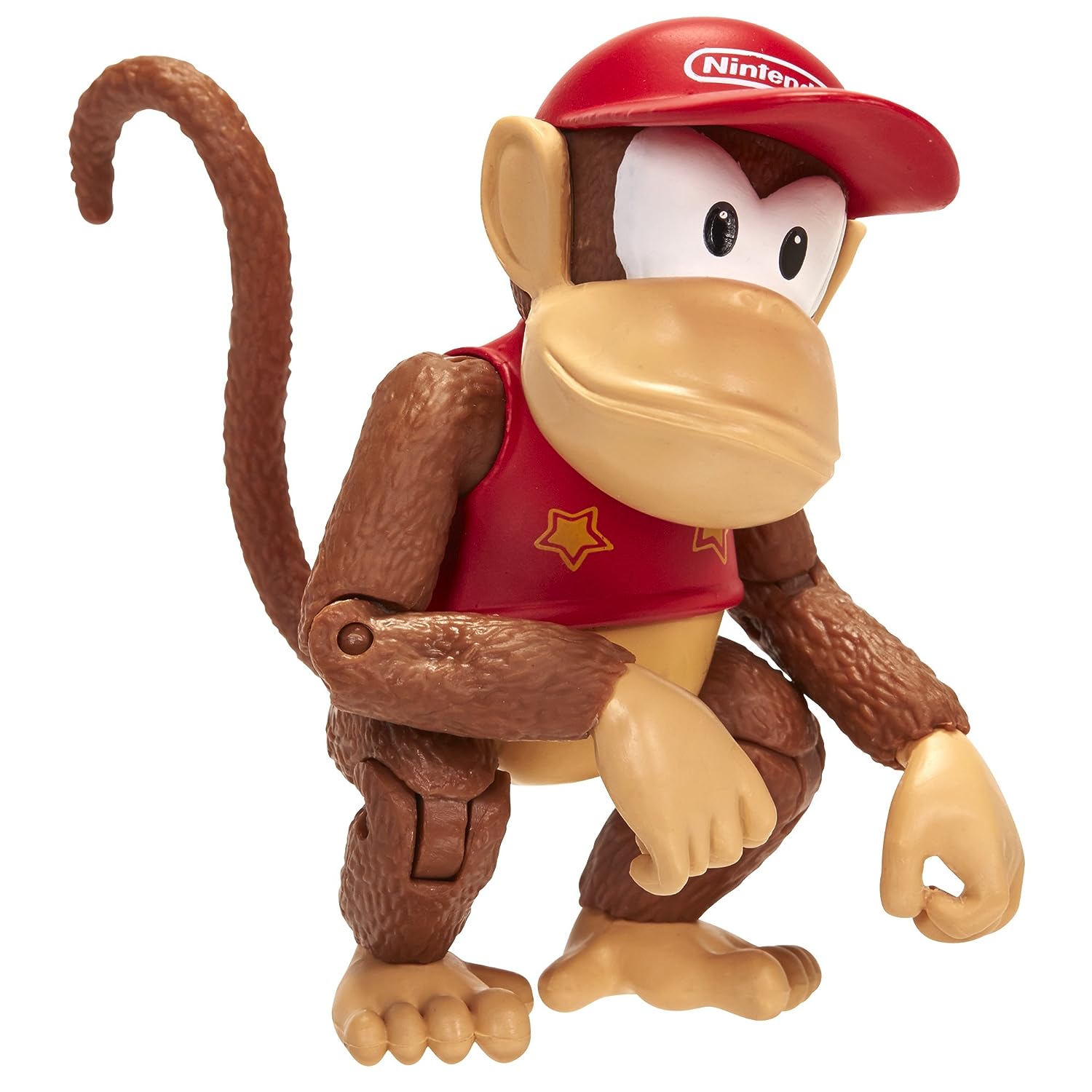 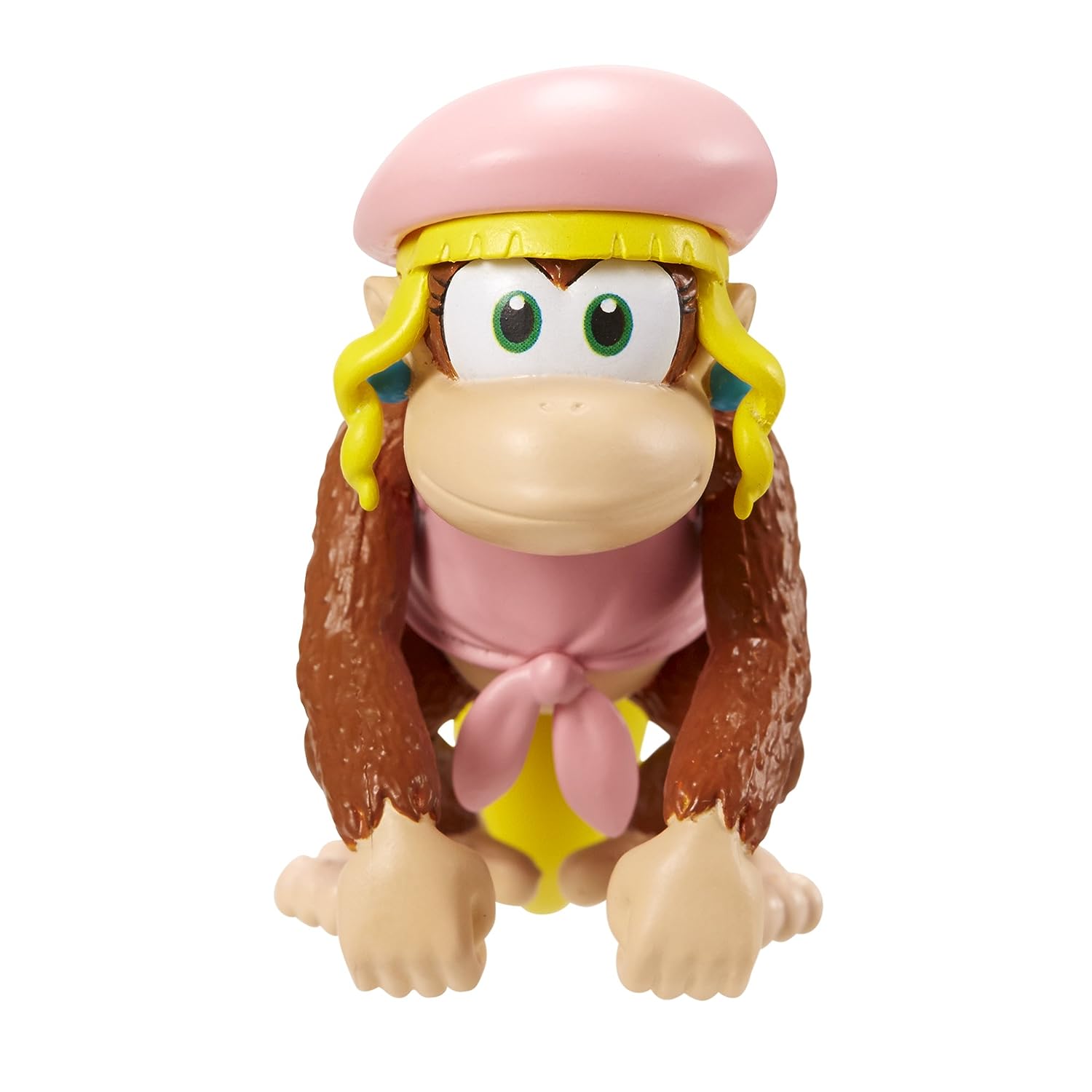 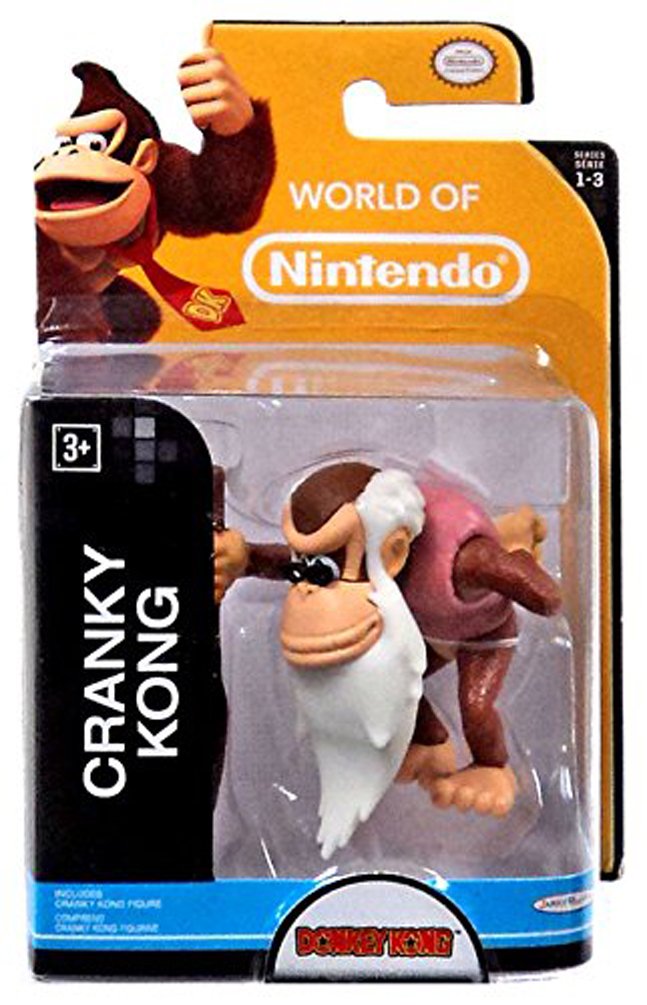 It’s a blooper! You cannot find any other blooper figures around. This guy is 2.5″ and he is a really cool character that doesn’t get much time in the spotlight. If you love Mario this is a must have character. It’s one of my favorite World of Nintendo figurines. I loved fighting the bloopers in Paper Mario. 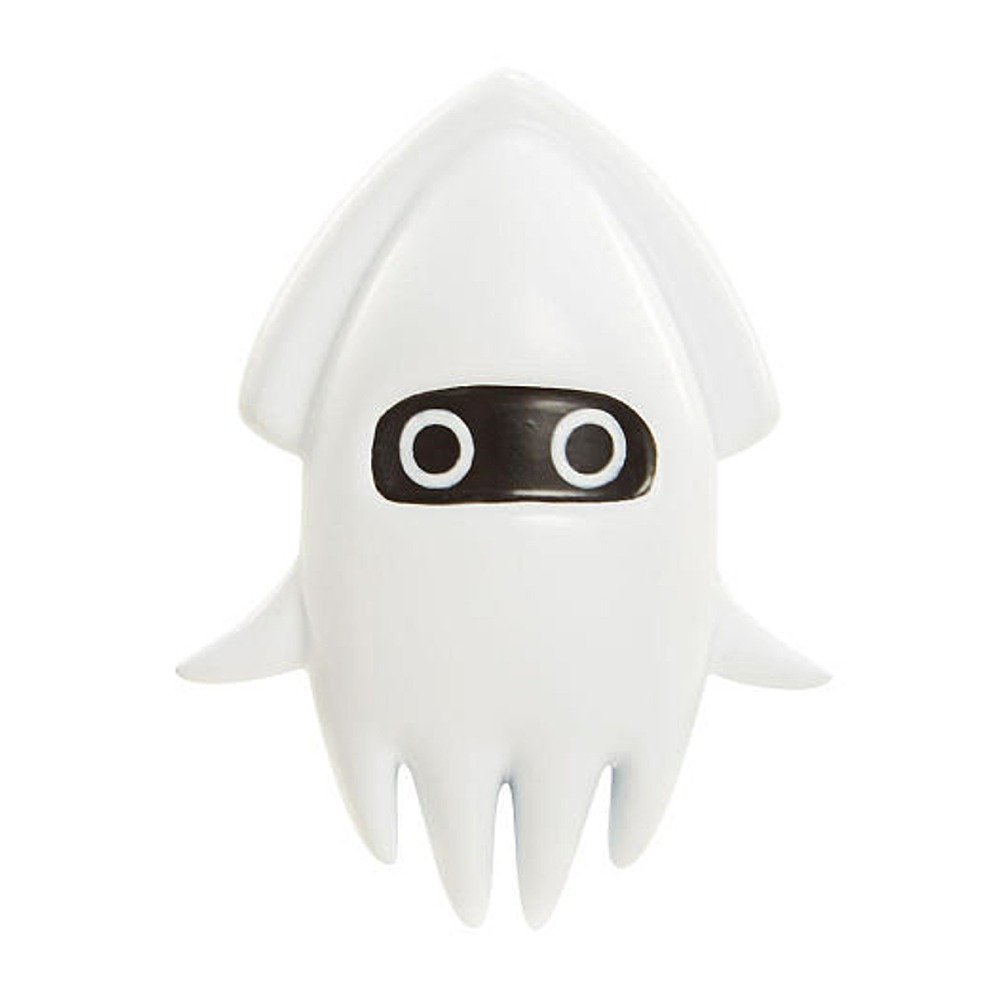 These are all great toys from Nintendo and I highly recommend them all. I hope you liked my list of the best World of Nintendo figures.